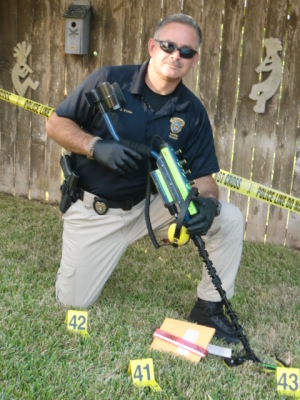 I am located in Texas, residing in Fort Bend County. I can travel anywhere, as long as you can cover the postage.

I work on a traditional reward basis...That means you pay me what you can afford, and what it’s worth to you, to have your lost item found.

All travel and incidental fees will be agreed upon prior to rendering any services.

I can search virtually any location regardless of the conditions, geography or technical difficulty. Most of the calls for service I receive are for lost personal possessions (jewelry, rings, and bracelets). I have experience in Insurance Claims Resolution, Evidentiary Recovery, Underwater Property Recovery and Estate Property Searches to list a few.

In short, if you lost it, I can assist you in finding it.

I maintain a Scuba Diver Certifications through (SSI) Scuba Schools International, placing your lost property with-in reach even when overboard.

I train regularly and use the best equipment available insuring the greatest possibility of finding your lost possessions.

Assistance to any Law Enforcement Agency upon request.

I am located in Texas, residing in Fort Bend County. I can travel anywhere, as long as you can cover the postage.

I am a certified Texas Law Enforcement Officer of twenty-five years. If you lost something important, I have extensive experience and training in helping people find what they have lost.

“in scientia opportunitas”... In Knowledge, there is Opportunity